Podcasting, once an obscure method of spreading audio information, has become a recognized medium for distributing audio content, whether for corporate or personal use. Podcasts are similar to radio programs in form, but they exist as audio files that can be played at a listener’s convenience, anytime or anywhere.

Things to know about Podcast

A combination of “iPod” and “broadcast”. The term “podcasting” was first suggested by The Guardian columnist and BBC journalist Ben Hammersley, who invented it in early February 2004 while penning an article for The Guardian newspaper. The term was first used in the audio-blogging community in September 2004, when Danny Gregoire introduced it in a message to the iPodder-dev mailing list, from where it was adopted by Adam Curry. Despite the etymology, the content can be accessed using any computer or similar device that can play media files. Use of the term “podcast” predated Apple’s addition of formal support for podcasting to the iPod, or its iTunes software. 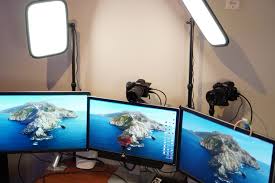 Other names for podcasting include “net cast”, intended as a vendor-neutral term without the loose reference to the Apple iPod. This name is used by shows from the TWiT.tv network. Some sources have also suggested the backronym “portable on demand” or “POD”, for similar reasons. 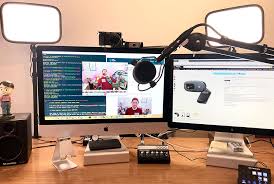 Photographic lighting is the illumination of scenes to be photographed. A photograph simply records patterns of light, color, and shade; lighting is all-important in controlling the image. In many cases even illumination is desired to give an accurate rendition of the scene. In other cases the direction, brightness, and color of light are manipulated for effect. Lighting is particularly important for monochrome photography, where there is no color information, only the interplay of highlights and shadows. Lighting and exposure are used to create effects such as low-key and high-key, not to exclude the use of three-point lighting. 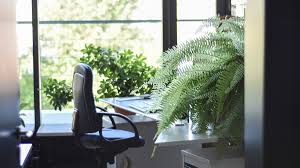 Natural and surreal are just different sides of the same cause and effect coin. Understanding what makes lighting seem natural makes it easier to understand how to create other desired reactions. Natural light usually comes from above, so strategies which place the key light below the face will appear to be unusual or unnatural. The brain adapts color perception in a way which makes color balance seem neutral on white clothing and faces. The eyes also adapt to brightness as they scan and usually perceive a full range of detail in most environments. Lighting a scene with a tonal range or color cast which is out of context with what would typically be expected will cause the viewer to notice the environment and make other than normal assumptions about it. It is also possible to create the impression of environmental context where none is seen in the photograph, such the look of a person standing under a streetlight at night by using a gridded flash attached to the ceiling of the studio with no fill source.

The choice is yours…

If you are not as familiar with podcast lighting, or consider yourself to be an amateur photographer, in need of a basic light kit, there are several inexpensive choices to choose from.

Just to name a few ⇑